Among the most prestigious wedding gifts, the Cartier Tank might be the most famous one.
The Tank has become a symbol throughout time thanks to its timeless design. Immediately recognizable because of its rectangular shaped case, the Tank has been declined into several versions. It’s no surprise that Cary Grant, Clark Gable, Truman Capote, Alain Delon, Steve McQueen or Andy Warhol have been photographed wearing a Tank.

Founded in 1847 by Louis-François Cartier in Paris, Cartier was a family business. In 1859, Alfred, Louis-François’ son joined his father. In 1898, Alfred and his son took over the company. In 1904 Cartier launched the Santos watch for Alberto Santos-Dumont. A few years later, in 1912, Cartier introduced the Tortue and Baignoire watches, only five years before the Tank. Today Cartier’s collection is based on its most famous icons which are improved and adapted to current tastes.

The Tank watch was born in 1917. Invented by Louis Cartier himself, this watch is probably Cartier’s most famous watch. This watch paid tribute to a French tank, the Renault FT-17. The case was inspired by this tank and the leather strap was integrated into the case. The crown also featured a sapphire. The first prototype was given to U.S. General Pershing in 1918. 6 different versions of the Cartier Tank have been created. The Tank Anglaise, the Tank Louis Cartier, the Tank Americaine, the Tank Française, the Tank MC and the Tank Solo. The Tank Anglaise was the classic version of the Tank whereas the Tank Louis Cartier featured rounded lugs. On the other hand, the Tank Americaine had a longer case than the classic Tank. The Tank Française was the sporty one which made the watch look more modern with a larger case. Yet, the Tank MC was the most masculine version of the Tank with its subdial for seconds and the sapphire caseback. The Tank Solo was a modern reedition of the Tank.

Coming from the aviation universe, the Santos was the result of a strong friendship between the Brazilian pilot Alberto Santos-Dumont and Louis Cartier. The Santos wristwatch was born in 1904 and allowed Santos-Dumont to tell the time while flying. Santos Dumont was very influent in Paris at that time so people in the city were very interested in this brand new wristwatch. In 1978 Cartier released the Santos for the general public. The watch was made of steel and gold which made it an original watch with visible screws on the case and the strap. The launch of this watch took place in Le Bourget airport and it was a true success for Cartier: an icon was born. One year later, in 1979, Cartier launched its new watch in NYC and offered a watch to the dancer Rudolph Noureïev. 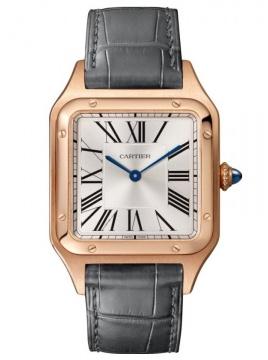 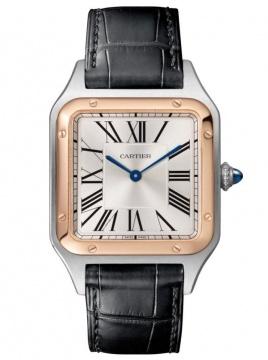 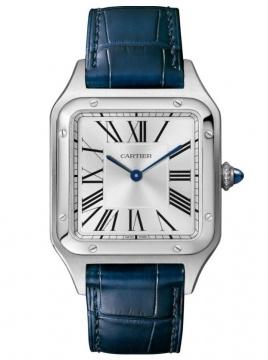 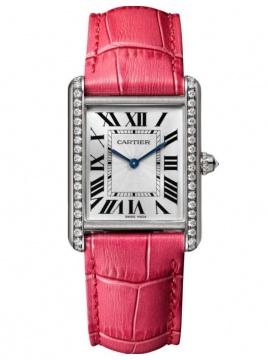 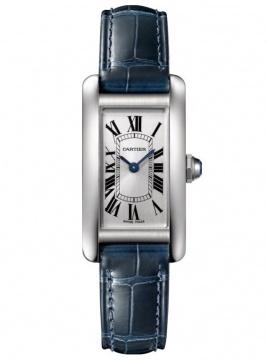 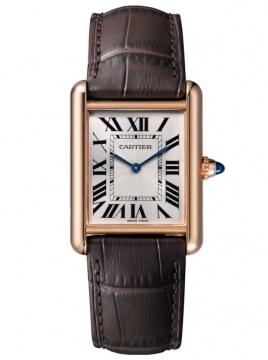 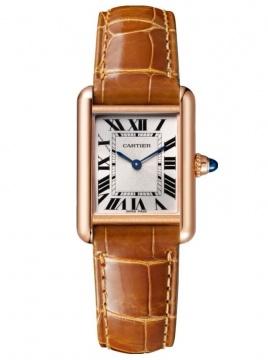 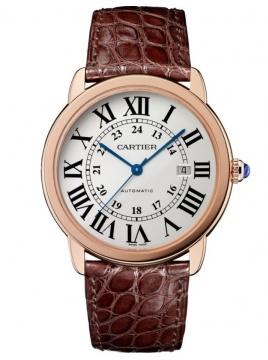 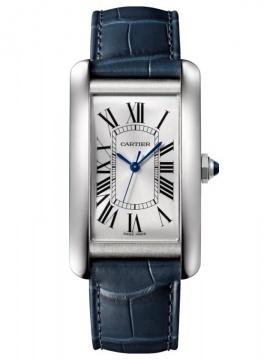 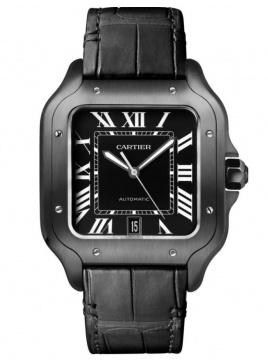 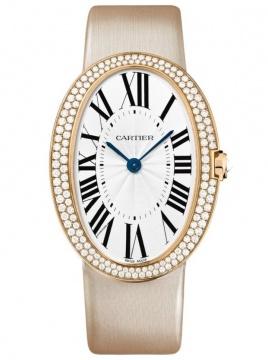 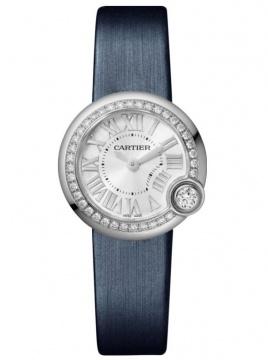 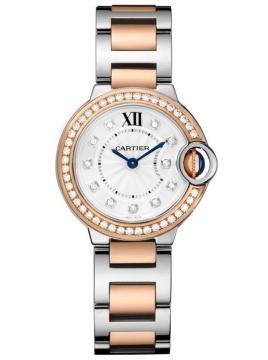 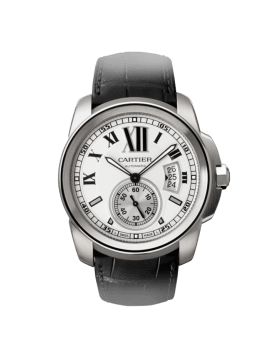 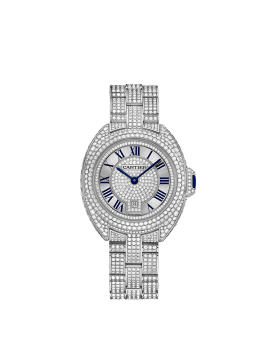 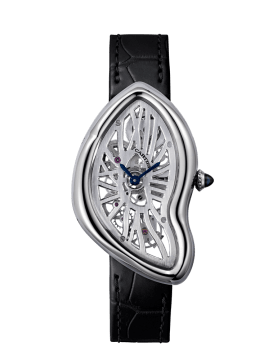 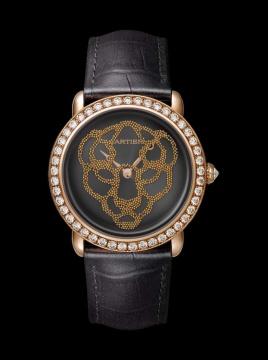 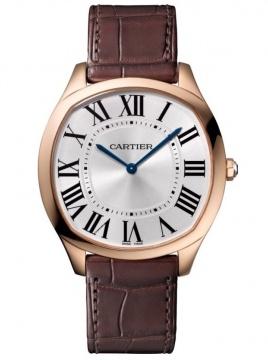 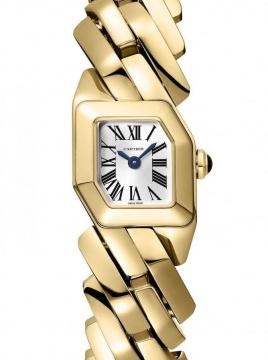 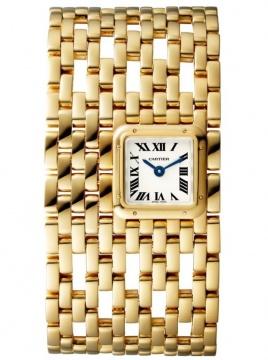 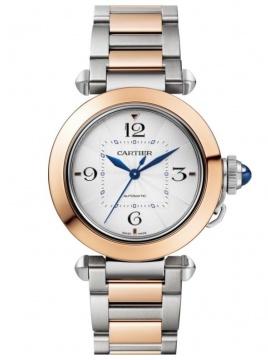 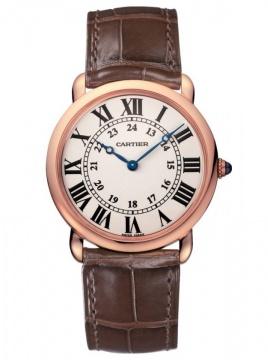 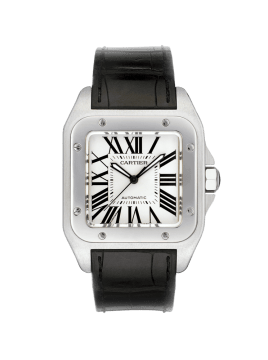 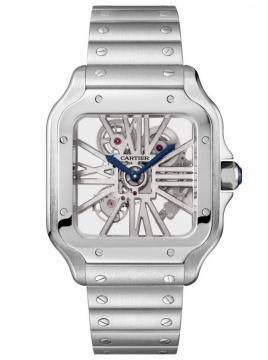 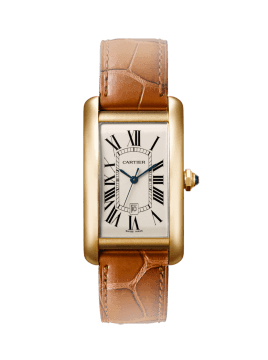 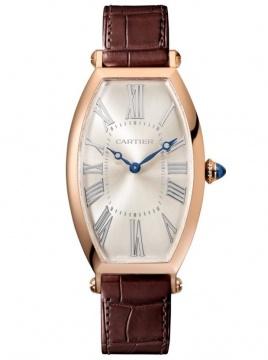